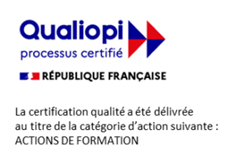 "Including Russian on your CV will make you stand out and will increase your opportunities to find a highly-paid job."

More than 280 million people around the world speak Russian

More than 280 million people around the world speak Russian, with some 145 million native speakers ! It is spoken by a majority of Russian from Russia.

Learning Russian is important either from a scientific, cultural or geopolitical point of view. Russia is an important trade partner to France and a major economic force (Russian language is spoken more than  English language in the former Soviet Republics and across all of the Caucasus and Central Asia).

Russian is one of the top ten most popular languages in the world; Speaking Russian is a must to open doors to lucrative business opportunities or to get a highly-paid job.

The Russian alphabet is derived from the Cyrillic alphabet and consists of 33 letters.

Russian accent is unusual and beautiful!

Results obtained with one-to-one courses are remarkable and will substantially improve your Russian language communication skills. You are guaranteed to meet your personal and professional objectives!

Collective Russian Courses: in pairs or in mini-groups

Assessment of your Russian level before you start your training to ensure that you join a group of the same Russian level as you (collective Russian courses are run according to the schedule, availability and number of participants).